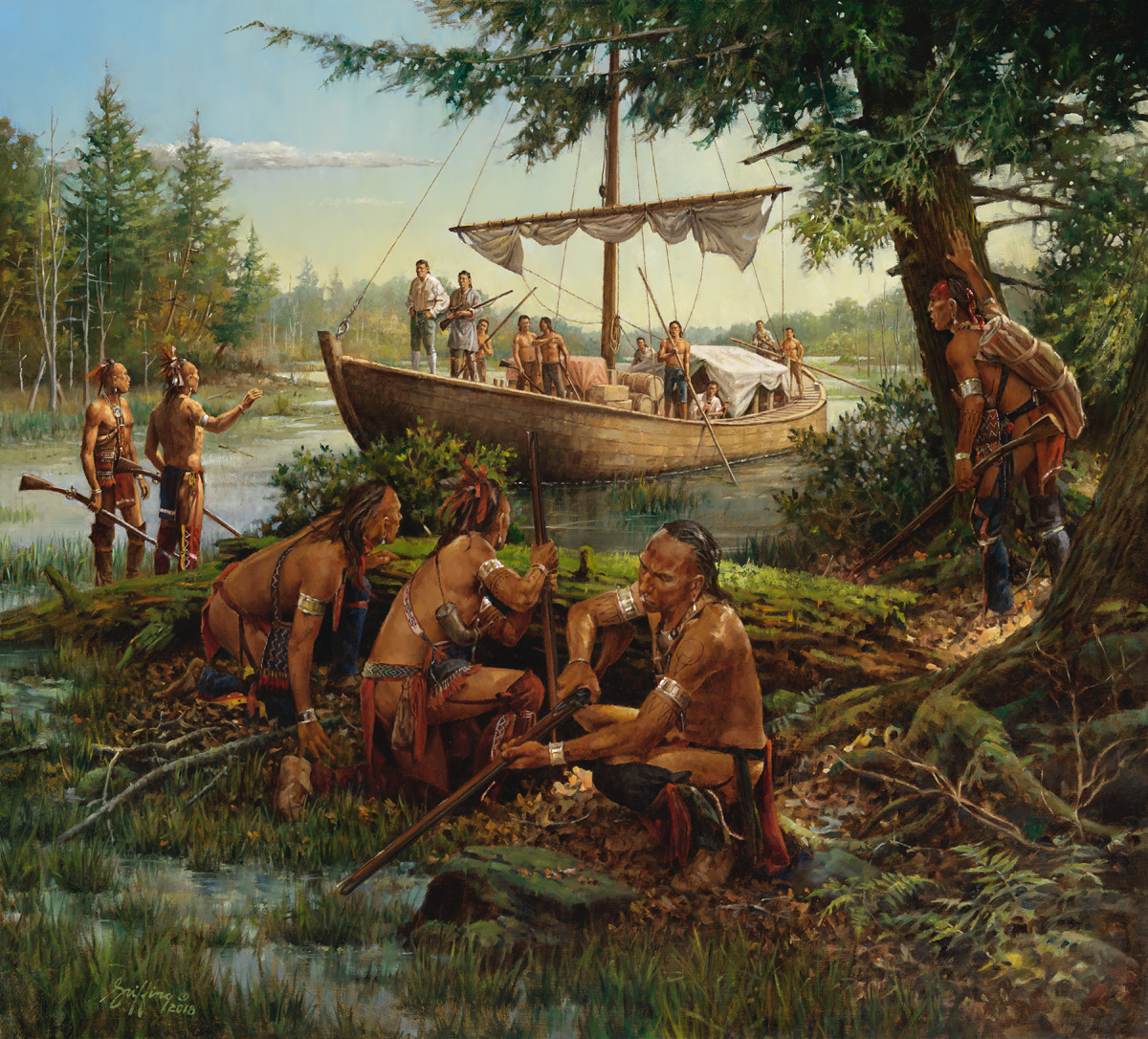 What Happened in The Pymatuning Swamp

About three miles from where I grew up in Linesville, Pennsylvania, lies the hull of a sunken ship first discovered in the Pymatuning Swamp about 200 years ago. Later,

the creation of Pymatuning Lake would hide her secrets forever. I first heard of the ship from one of my favorite teachers, Sara Egan, and it has always intrigued me. There are many theories about its origin. Was it traders or explorers who piloted the vessel and what happened? And, of course, as with every mystery, there is a romantic version claiming the ship came from New Orleans carrying a Spanish princess trying to find passage to the Great Lakes. However, there is one fact based on the many descriptions of the ship which help identify it from around the late 18th century. The 60’×12′ craft is of the Durham style which was in use on many of the interior waterways of North America at that time. So, that is the time period that I chose for my painting, above. Whatever story of the sunken ship you choose to believe, we will probably never know the truth. But, we will always wonder…What happened in the Pymatuning Swamp?