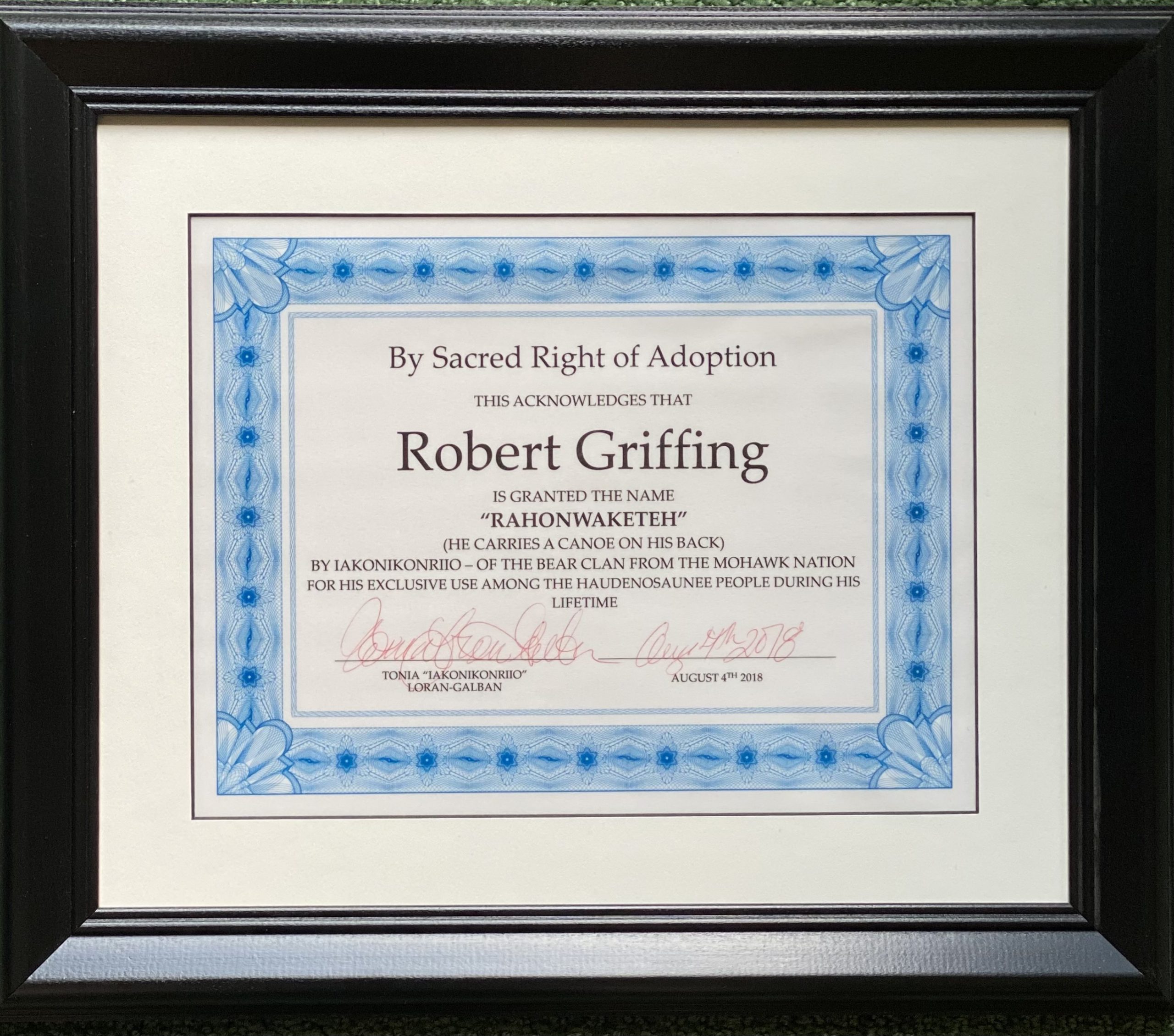 In August of 2018, Michael and Tonya Galban surprised me and held an adoption ceremony in my hometown of Linesville, PA and honored me with a mohawk name, “RAHONWAKETEH” (he carries a canoe on his back)

Robert Griffing studied illustration and design at the Art Institute of Pittsburgh and went on to enjoy a 30-year career in advertising. His lifelong interest of Native American and Colonial history was the result of growing up in Western Pennsylvania, where many historic eighteenth-century events took place.

Today Griffing paints the Native Americans of the Great Lakes and Eastern Woodlands. His work has been included in educational packages, television historical documentaries, the covers of national magazines, and the Native American museums and cultural centers, including the 2007 exhibition, Emissaries of Peace: The 1762 Cherokee & British Delegations at the Smithsonian Museum of Natural History in Washington, D.C.

At the 2013 Quest for the West Art show and Sale at the Eiteljorg Museum of the American Indians and Western Art, he received the Patrons Choice Award and the Henry Farny Award for best painting titled Family. At the 2009 Quest for the West, Griffing received the Artist of Distinction Award, which entitled him to a large exhibition of his work at the Eiteljorg Museum in 2010. In 2008, he received the Autry’s masters of the American West Purchase Award for his painting Council at Slippery Rock Creek. Later that year at Quest for the West, he received the Harrison Eiteljorg Purchase Award for his painting, Secrets of the Dark Forest. His research and historical accuracy earned him two awards: the Forbes medal for his contribution to Pennsylvania history in the Arthur Saint Clair historic preservation award.

Griffing exhibits at all Settlers West Shows, the Eiteljorg Quest for the West Show and Sale, History Meets the Arts in Gettysburg, Pennsylvania.