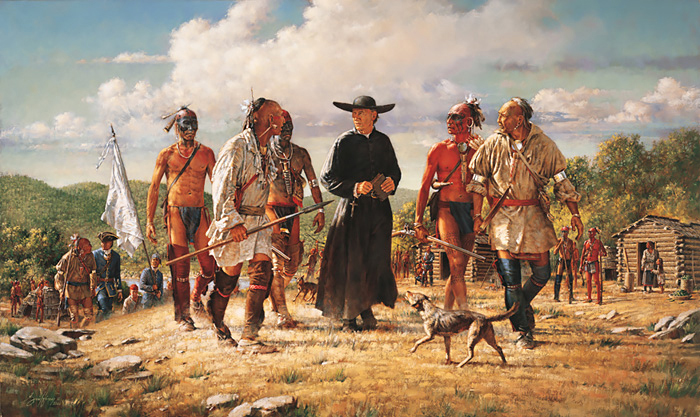 During the Celoron Expedition of 1749, Father Joseph-Pierre de Bonnecamp served not only as the chaplain, but also as a scientist and cartographer. While the mission’s purpose was to bolster France’s territorial claims and to gain the Indians’ loyalty, their reception at several of the villages was less than friendly. Here we see Father Bonnecamp at the head of the French party as they step ashore at Chiningue, or Logstown, on the north shore of the Ohio River about eighteen miles downstream from modern Pittsburgh. The Iroquois, Channanous, and Loup inhabitants of Logstown were decidedly pro-British, and tensions remained high while Celoron delivered his message.