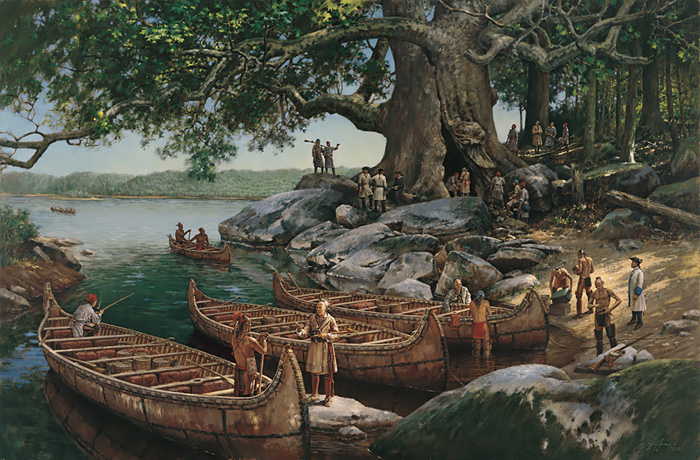 We Dined in A Hollow Cottonwood Tree

In the summer of 1749, Captain Pierre-Joseph Celoron de Blainville led a combined party of about 240 French soldiers, Canadian militiamen, and Abenaki and Iroquois Indians into the Ohio Country. Their mission was to secure France’s claim to the region, and along the route they buried a series of lead plates to support their claim. On August 7, they landed their large birchbark canoes at a spot not far from modern Pittsburgh. Jesuit priest Joseph-Pierre de Bonnecamp noted that they dined in a hollow cottonwood tree large enough for twenty-nine men to stand or be seated in side by side. These trees, now known as sycamores, were known for their hollow trunks, and there are reports of early settlers using them as temporary shelters while they built permanent homes. They were also used as stables for their livestock, and one even housed a blacksmith shop.