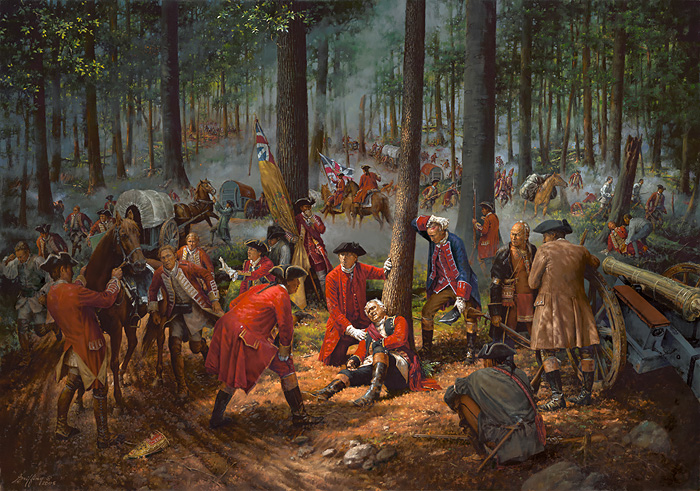 The Wounding of General Braddock

Until now, General Braddock’s advance had been a logistical and strategic success. He had assembled his large army and brought it to within a few short miles of Fort Duquesne. Then, due to the initiative and daring of a small party of French volunteers and Indian allies, his grand march suddenly turned into a disaster. The rapidly moving French party ran headlong into the British advance guard right after they had crossed the Monongahela River for the second time. At first the disciplined regulars were able to hold the French and Indians at bay, and for awhile it looked like they might triumph. However, once the enemy began to work around the sides of the column and fire from the cover of the forest, Braddock’s men became unnerved, and the tide of the battle turned quickly.