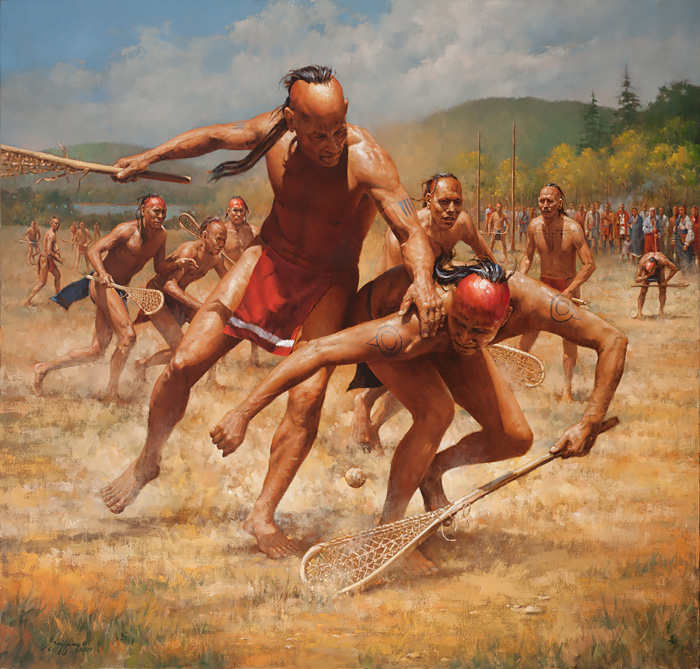 Some Haudenosaunee people call the sport “Teiontsikwaeks” or “they are bumping hips.” It is a perfect description if you’ve ever seen the game played. Lacrosse, as it is known to most English speakers, was played among Native peoples in differing versions from coast to coast. In the northeast woodlands, it was strictly a men’s sport and in some cases, even touching the equipment was restricted from women. It was certainly considered a ‘warrior’s game.’ The skill to avoid tackles and stamina to run great distances combined with the ability to carry the wooden ball in a large stick was obviously a game which honed the warrior’s abilities. The old version was played on massive fields famously spanning miles across at times. The large openings of grasslands between the forests made perfect fields for lacrosse. There were famous historic games played when hundreds of the best players were chosen per side. There was even a famous match played between the Seneca and the Kahkwa (Neutrals) which resulted in a war after the Seneca were accused of cheating! In 1790, Count Paolo Andeani observed a game played in Oneida country during the harvest season which lasted for two and a half hours.