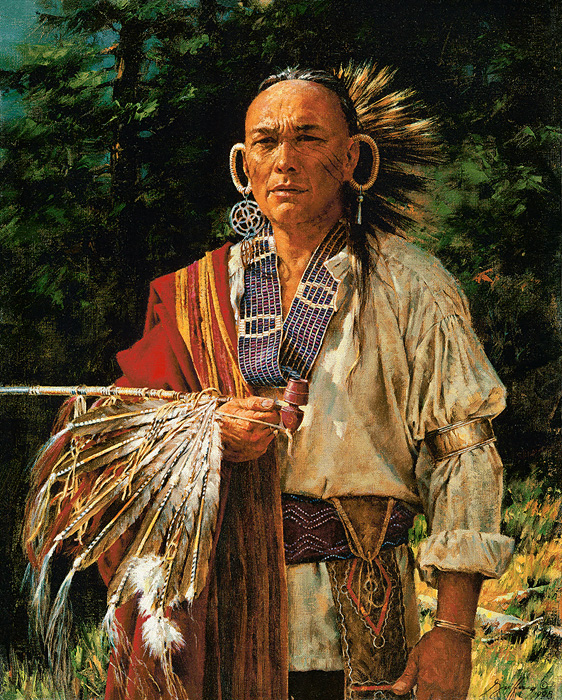 In the history of Indian/white relations, there have always been men among the native nations who advocated peace.  One of these visionaries was a native named White Eyes.  During the tumultuous years following the signing of the treaty of Fort Stanwix in 1768, white settlers from Virginia spilled over the treaty line and the Shawnee reacted with sporadic attacks.  In retaliation, armies from Virginia marched toward Shawnee towns on the Ohio River in 1774.  White Eyes stood firm and worked feverishly to maintain the peace.  After the Battle of Point Pleasant, in present-day West Virginia, both sides reluctantly came to the negotiation table, ending what might have otherwise been a war of extermination for the Shawnee.  Lord John Dunmore, Governor of Virginia, personally attended this council and credited White Eyes with bringing the two parties together.