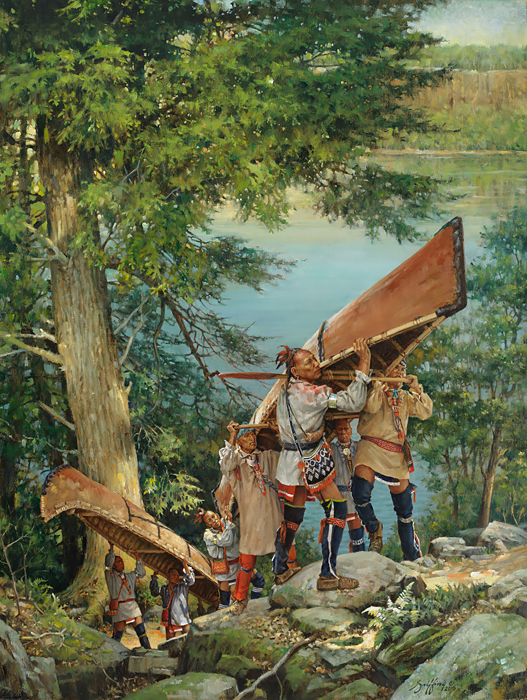 Fort Niagara was positioned advantageously at the mouth of the Niagara River as it spills into Lake Ontario. This location was ideal for the purpose of trade in the mid 18th century. The French first negotiated the construction of a “trading house” in 1726 with the Six Nations. But soon the “trading house” turned into a fully functional fort. However, the trade component of Fort Niagara remained important throughout the 18th century. It was the Seneca who secured the contract to run the portage up to and down the Niagara escarpment. A small Seneca community formed nearby and in 1759 when the British attempted to unseat the French with a siege, their leader, Kaendaé, and even some of the Seneca women refused to leave.

The portage around Niagara Falls was legendary. The steep walls of the river banks proved a difficult path for men laden with cargo and canoes. The lightweight birchbark vessels would prove invaluable compared to the much heavier and cumbersome elm bark canoes of the Haudenosaunee. Taking the route west meant that canoes were taken out at Lewiston and then moved south along the well-worn portage road. They would go back in the river below the Falls at one of the many “forts” which appeared there.