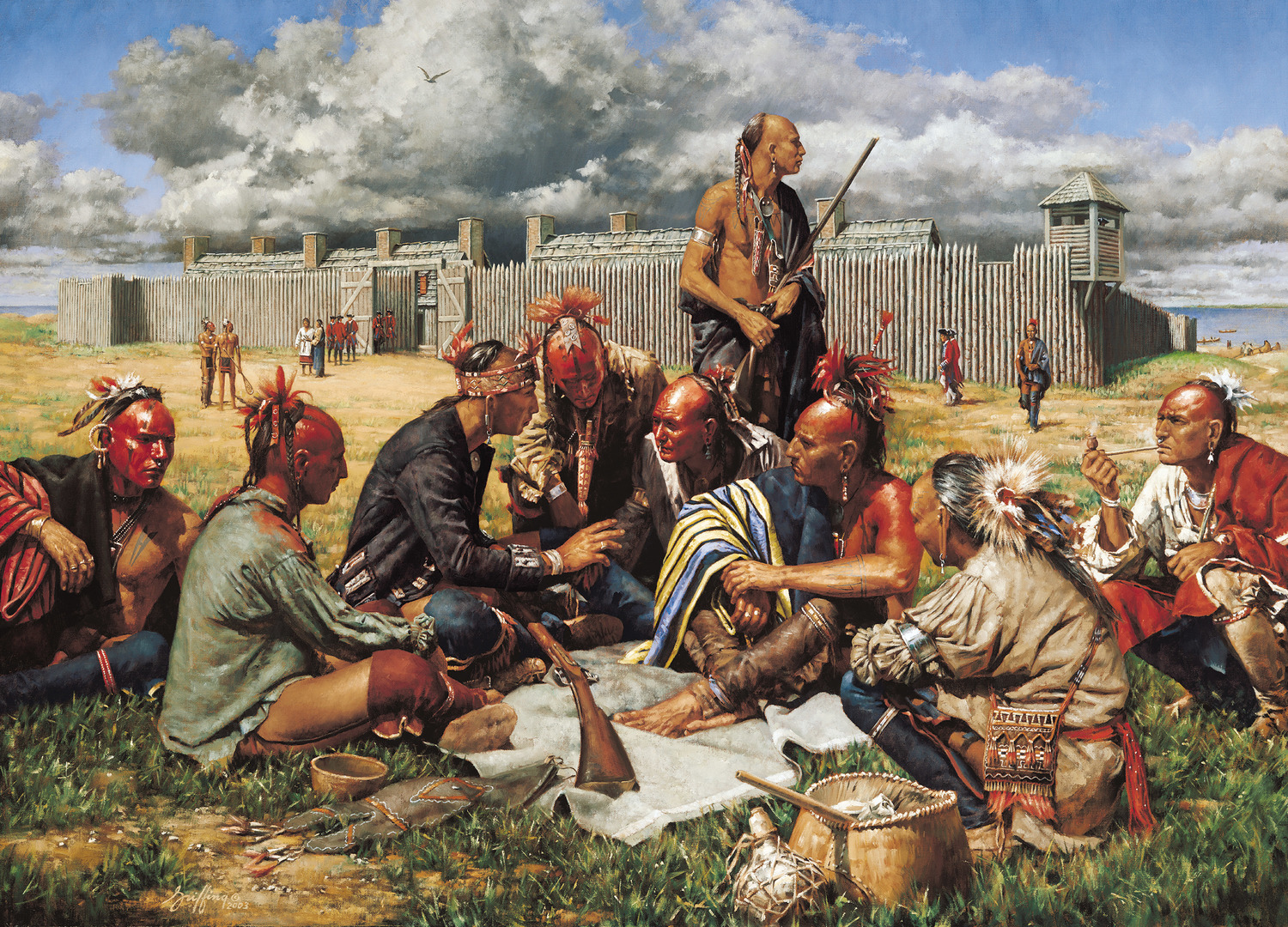 By the spring of 1763, the Indians had become very unhappy with British policies, particularly those involving trade. In the move for economy after the French and Indian War, gifts had been virtually eliminated, and trade itself was severely restricted. This discontent, coupled with the misguided hope that the French would support them, set the stage for open rebellion. In early May, the Ottawa chief Pontiac and his followers laid siege to Fort Detroit. Pontiac is also generally credited with masterminding the attacks on the other British forts in the Great Lakes region. Here we see a group of Ojibwa warriors discussing their plan to attack Fort Michilimackinac — a plan that they executed with deadly surprise and swiftness on June 2.