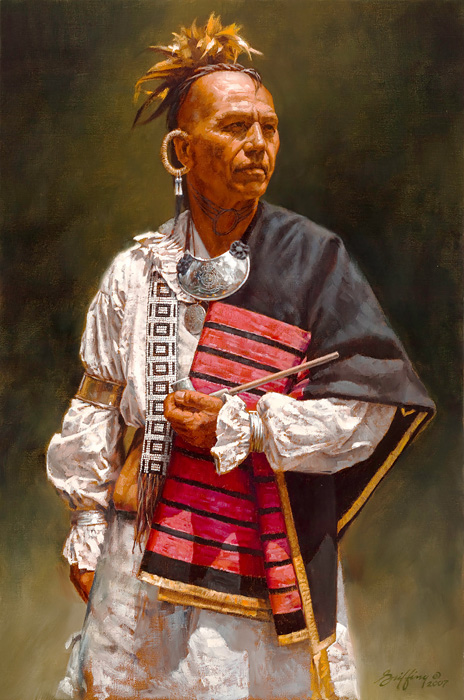 The Cherokee are known as one of the “civilized” tribes. They were among the quickest to adopt the white man’s goods, and developed a very active trade network with the southern colonies. They also embraced many white ways, and in the early nineteenth century Sequoyah is credited with developing what is generally recognized as the first written language for any Indian tribe.

During the summer of 1762, Ostenaco and two other Cherokee chiefs visited England on a goodwill mission. They were escorted by Henry Timberlake, an ensign in the Virginia Provincial Regiment. They were entertained at the highest levels of English society, although communication was often a problem because their interpreter died on the voyage over. To impress them with England’s might, they were given a tour of the seventy-four gun man-of-war Revenge, and shown wonders such as the Tower of London, St. Paul’s Cathedral and Vauxhall Gardens. They also received a lengthy audience with King George III, during which Ostenaco delivered a speech promising friendship and loyalty. In return the chiefs were given a written message from the king to take back to their own people.