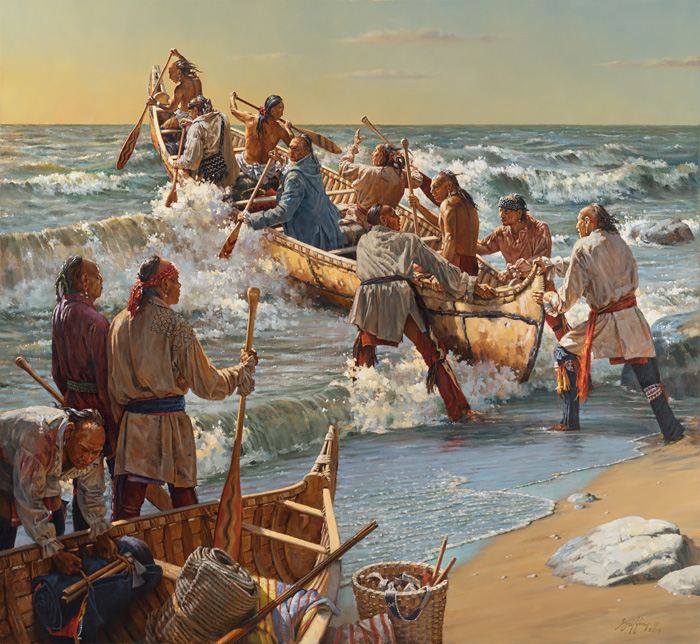 Pushing Through the Billows

The inspiration for this painting came from the journal of Colonel James Smith, who was a captive and lived with the Ottawa Indians for more than four years. On a windy day in the autumn of 1756, with billows raging, he describes their departure on Lake Erie in large Ottawa canoes:

“We were all instantly engaged in preparing to start, and had considerable difficulties in embarking. As soon as we got into our canoes we fell to paddling with all our might, making out from the shore. Though these sort of canoes ride waves beyond what could be expected, yet the water several times dashed into them. When we got out about half a mile from shore, we hoisted sail, and as it was nearly a west wind, we then seemed to ride the waves with ease and went on at a rapid rate.”