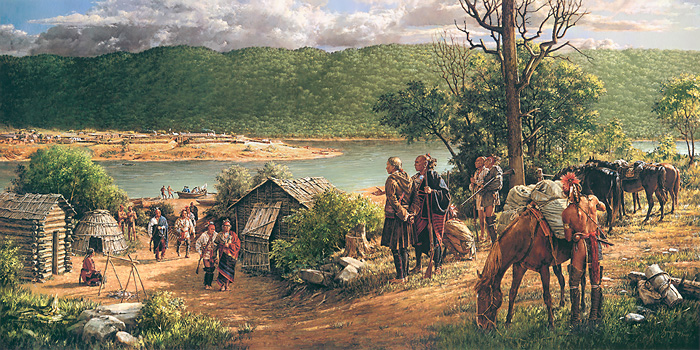 On August 24, 1758, Christian Frederick Post, a Moravian missionary, arrived at the Indian village on the north bank of the Allegheny River across from French Fort Duquesne. The Delaware chief Tamaqua (Beaver) introduced him to the other chiefs, saying that Post brought them great news. The missionary had been sent to tell the Indians that if they allowed General John Forbes’ army to march on Fort Duquesne unmolested, the British in turn would ban settlement west of the Allegheny Mountains. Although Post’s mission was generally unsuccessful, in late November, Forbes’ army arrived at the Forks of the Ohio and took possession of the abandoned Fort Duquesne. Within five years, in spite of official government prohibition, British settlers were flowing over the mountains.