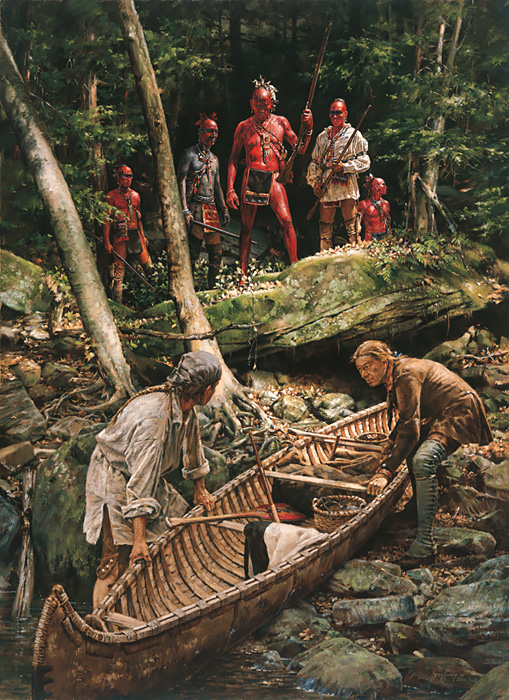 I Think We Have Company

The 1768 Treaty of Fort Stanwix was an attempt to deal with whites settling along the Ohio River in violation of the Proclamation of 1763. While the Iroquois signed the treaty, many of the more western tribes, notably the Delaware, Mingo, and Shawnee, did not. There also was an element of white settlers who showed no respect for the treaty. They often attempted to settle on the Indian side of the river, which in many areas was open and ideal for farming. By 1774, tensions had reached a high level for both sides. Here we see two white settlers landing their canoe at a likely site for their new home. As one of them looks up, he is startled by the unexpected view of a band of fierce warriors looking down from the rocky riverbank. At a time like this, there is a thin line between life and death . . . .