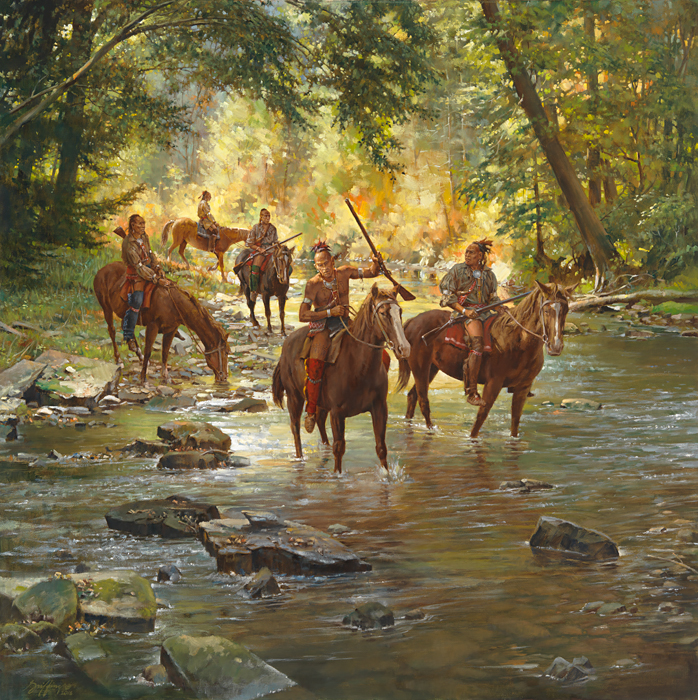 As far back as the 1700’s, Native Americans and colonists referred to a small stream in western Pennsylvania as the Slippery Rock. It may have received its name from an oil seep at a popular fording location. Another story from the French and Indian War period tells of a British colonel leading his forces down an Indian trail and across the creek. A horse fell on a smooth rock severely injuring the rider. The soldiers in the party christened the stream Slippery Rock.

In any case, Natives and settlers would have been forced to cross the stream many times during their travels in the area. Here we see Delaware warriors from nearby villages of Kuskusky and Pymatuning crossing Slippery Rock Creek.